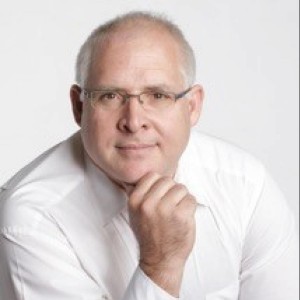 Tracking exciting future business trends to determine if your business or job is safe.

Is it possible to look into future business trends to understand if your business or job will be safe when the 4th industrial revolution hits us?

I recently read an article where 2000 professionals were surveyed: Many South Africans want to work from home, but their bosses won’t let them survey. In the survey, 40% of them indicated they want to work from home, and 27% want to work remotely for 50% of the time. 59% want to keep the tools and apps because of the positive influence on their way of working. They claimed that remote working improved office communications (51%), and they liked the fact that communications were less formal and more conversational. For this reason, 39% dropped email in favour of instant messaging (74%), video calls (55%) and telephone calls (62%) as a primary form of communications. Two-thirds of the professionals indicated that they experienced productivity gains due to working from home.

On the other end, employers are not so keen on remote working due to claimed productivity losses (24%). They also indicated reduction and reconfiguration of office space (40%) and increased investment in technology, apps, and tools as issues.

Another article, interestingly enough indicated that, Redefine properties recorded their highest vacancy rate since their formation. In one building, occupation is as low as 26% because many smaller businesses and big corporates are scaling down on office space, allowing their employees to work from home. Some of these office spaces are now being converted as co-working spaces to fill the vacancies created hopefully.

These findings make one think about the future of the world of work. It also raises the questions of how some of the other trends triggered by Corona will affect how we will work and shop going forward. Will employees ever go to work every day like pre-corona times?

Covid-19 accelerated many of these future business trends due to the increase of eCommerce, with all businesses having had to move to do business via the Internet. Trends like Anywhere operations, where companies are no longer bound by having to have physical offices or stores, is now a reality. More online transactions and the new way of working from home requires Cybersecurity to be a high priority. With all the change, many new systems security risks emerged. The increase in the number of transactions and its variety led to a new trend, the Internet of behaviour. The vast number of data created by online transactions leads to interesting insights into human behaviour. The number of sensors and intelligent devices with the ability to capture data will multiply, allowing us to measure more and improve more. It can be as simple as using RFIDs and sensors to track movement to determine if employees are sanitising their hands frequently enough, allowing businesses to track risks. Another technology that will probably have the most significant impact on employees in future is the drive towards hyper-automation. Hyper automation will lead to many employees losing their jobs and having to reskill. (As many as 50% of employees according to the WEF.)

How can you ensure your business is ready for this new world of work?

Interestingly the barriers that companies put forward sounds like excuses: They indicate reduction and reconfiguration of office space (40%), Enhanced mental health and wellbeing policies (43%), increase in technology investments for apps and tools. In some instances, it sounds like resistance to change. The question is why the resistance – Do businesses fear the loss of control over their employees?

What is the alternative?

Just imagine if employees could understand why they were doing their jobs, given the freedom to make decisions to improve their jobs and trusted to deliver to customers.

Is it possible that the above may work?

In his book Reinventing organisations – Laloux, give many examples where employees can take ownership and full accountability of the business, manage themselves, make decisions, and deliver, even in tough times. With employees buying into the purpose, will ready them to embrace these future business trends and to innovate and pivot to the benefit of the organisation and themselves.

To achieve the above, a couple of things need to be in place:

We can only be prepared for the future if we continue exploring the future and push the existing boundaries.

I would love to hear your thoughts on this article and if you are interested in participating in discussion sessions on future business trends and opportunities. Please leave your email if you want to join and complete the poll. It helps me in preparing future articles.

Enter your email to be invited to the discussion sessions

2 thoughts on “Tracking exciting future business trends to determine if your business or job is safe.”

PrevPreviousThink the impossible and manage the change.
NextHow to do a SWOT analysis to develop four possible strategies to prepare for an uncertain future?Next

We are excited to appear on TV